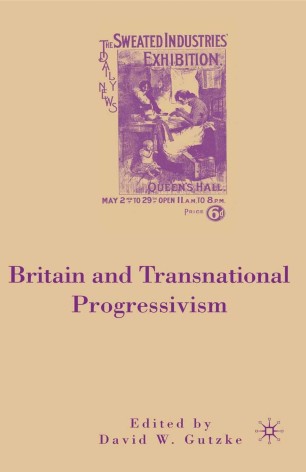 This collection of essaysexplores how Progressivism was the historical catalyst for reforms across the social and political spectrum in Britain for over half a century.

DAVID GUTZKE is a Professor of History at Missouri State University, USA.

"David Gutzke has edited a group of valuable essays that contribute to the growing genre of transnational history and also encourage a rethinking of the often fragmented stories of British social reform from the 1870s through the 1930s. America's much studied Progressive Movement had its parallel and sometimes its inspiration in Britain, as both countries responded to the challenges of modern society."