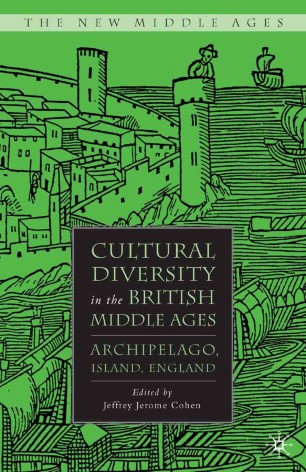 Through close readings of both familiar and obscure medieval texts, the contributors to this volume attempt to read England as a singularly powerful entity within a vast geopolitical network. This capacious world can be glimpsed in the cultural flows connecting the Normans of Sicily with the rulers of England, or Chaucer with legends arriving from Bohemia. It can also be seen in surprising places in literature, as when green children are discovered in twelfth-century Yorkshire or when Welsh animals begin to speak of the long history of their land s colonization. The contributors to this volume seek moments of cultural admixture and heterogeneity within texts that have often been assumed to belong to a single, national canon, discovering moments when familiar and bounded space erupt into unexpected diversity and infinite realms.

"The eleven essays brought together in this volume bring those neighboring realms into breath-taking focus by examining currents of cultural difference lapping onto the edges and sometimes percolating up into the middle of texts that ostensibly serve to delineate England as an always inevitable island unto itself...this collection will serve as an indispensable guide to future travelers in archipelago it so brilliantly reveals." - Journal of the Early Book Society

"This intriguing collection of essays sets out to trouble the myth of the English nation, calling into question the wholeness, autonomy, insularity, and inevitability of the political entity we now call the British Isles. Cohen s infinite realms project recasts the island (the symbol of totality and autonomy) as an archipelago (a symbol of fragmentation and interdependence) whose current political configuration can in no way simply be read back into the past. The essays, on texts both familiar and arcane, not only invite us to rethink the textual canons of Great Britain s four main ethnic groups, but more radically to interrogate the fictiveness of political identity itself. This is not just another collection touting cultural diversity among hypostasized identities; these essays invite us to reimagine political collectivities, rethinking the ways in which they encounter one another, clash, assimilate, and reform around new identities." - Laurie A. Finke, Kenyon College and co-author of King Arthur and the Myth of History