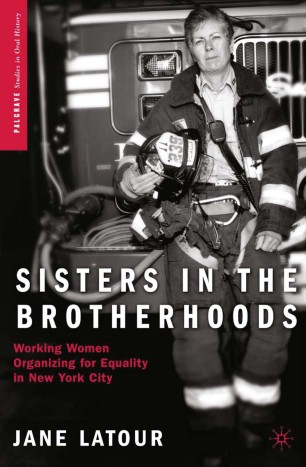 Sisters in the Brotherhoods

Sisters in the Brotherhoods is an oral-history-based study of women who have, against considerable odds, broken the gender barrier to blue-collar employment in various trades in New York City beginning in the 1970s. It is a story of the fight against deeply ingrained cultural assumptions about what constitutes women's work, the middle-class bias of feminism, the daily grinding sexism of male co-workers, and the institutionalised discrimination of employers and unions. It is also the story of some gutsy women who, seeking the material rewards and personal satisfactions of skilled manual labour, have struggled to make a place for themselves among New York City's construction workers, stationary engineers, firefighters, electronic technicians, plumbers, and transit workers. Each story contributes to an important unifying theme: the way women confronted the enormous sexism embedded in union culture and developed new organisational forms to support their struggles, including and especially the United Tradeswomen.