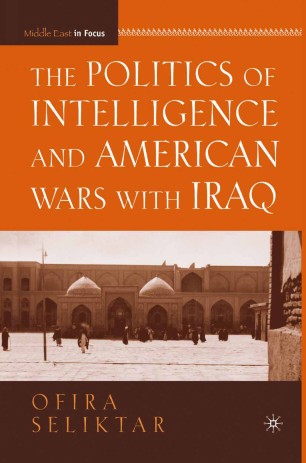 The Politics of Intelligence and American Wars with Iraq

Part of the The Middle East in Focus book series (MEF)

Coming at the heels of September 11, Operation Iraqi Freedom has focused the limelight on the way in which the United States predicts and manages political change. The failure to find WMD and more important, the continued violence in Iraq instead of the hoped for democracy, has engender an acrimonious debate on the motives of the Bush administration and its uses or misuses of intelligence. The question of who got what right or wrong has been fought out along ideological, and partisan lines, with supporters claiming that, given what was known about Saddam Hussein, the decision to change his regime was justified and detractors arguing that a group of largely Jewish neoconservatives, acting on behalf of Israel, manipulated intelligence in order to trick the United States into an unnecessary and costly war. The book provides a systematic and objective analysis of the problems that faced American intelligence in deciphering the behavior of the highly secretive and confusing Iraq regime and its enigmatic leader.