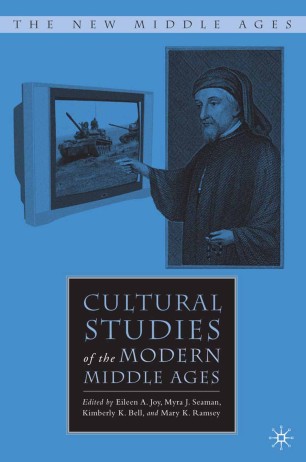 This volume brings together contemporary popular entertainment, current political subjects, and medieval history and culture to investigate the intersecting and often tangled relations between politics, aesthetics, reality and fiction, in relation to issues of morality, identity, social values, power, and justice, both in the past and the present.

MAYRA J. SEAMAN is Associate Professor of English at the College of Charleston, USA.

"This book asks us to consider the gaps between the real and the staged, between truth and performance. More compellingly, it asks us to think about whether we can ever know the difference, whether we are so caught in prison houses of textual manipulation that resistance is, finally, futile. The book looks to medieval narratives of conversion, parody, temptation, power, torture, and finds resonances (both continuities and discontinuities) in such contemporary spectacles as reality television shows, images of the Bush White House, and photographs from the Abu Ghraib prison. Sometimes wild, often audacious, at times funny, and with haunting moments, this collection is always provocative, and it will be much discussed." - Martin B. Shichtman, Eastern Michigan University

"Cultural Studies of the Modern Middle Ages stages a dazzlingly original, and a deeply provocative intervention at the intersections of past and present, high and low culture, scholarship and entertainment, and truth and fiction. The essays included here deftly interweave critical theory, medieval scholarship, and popular culture in ways that are both impassioned and informative. This collection shows how a period that is usually cast as distant and remote can provide lenses through which we can productively rethink our current preoccupations; likewise, the collection demonstrates how familiar cultural forms that we might be tempted to dismiss as mere ephemera can resonate richly with the medieval literary traditions that represent the foundations of our western intellectual heritage." - Anne Clark Bartlett, DePaul University

"Contemporary entertainment, current politics and medieval history and culture are brought together in an attempt to investigate the intersecting relations between reality and fiction in relation to issues such as morality, identity, and justice, both in the past and the present." - The Times Higher Education Supplement