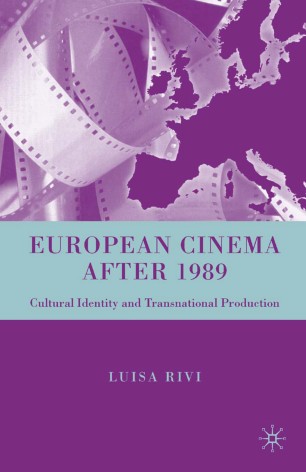 The book examines cinema in post-1989 Europe by looking at how the new post-Cold War cinematographic co-productions articulate the political and cultural objectives of a new Europe as they redefine a European identity.

Luisa Rivi is Lecturer of Contemporary European Cinema at the School of Cinema-Television, University of Southern California.

"This is a timely and ambitious book that places contemporary film culture in Europe within a post-Cold War, globalized context. Indicating the fall of the Berlin Wall in 1989 as the pivotal event that marked the beginning of a new era in which we are now immersed, Rivi s study shows how Europe s efforts to redefine itself are being played out in the cinematic imaginary. The body of films she has judiciously selected prove to be a rich source of different, even contrasting, perceptions of the European continent at this crucial historical juncture." - Aine O'Healy, Loyola Marymount University

"This is an important book that provides a brilliant reading of post-1989 developments in European cinema - one that combines a thorough knowledge of contemporary debates on issues of transnational identity and a sophisticated mastery of European philosophy, with perceptive close readings of some of the most challenging films of the period. It is rare to find such a comprehensive range of knowledge being leveraged so effectively to illuminate such a fascinating group of films. I highly recommend it." - Marsha Kinder, University of Southern California