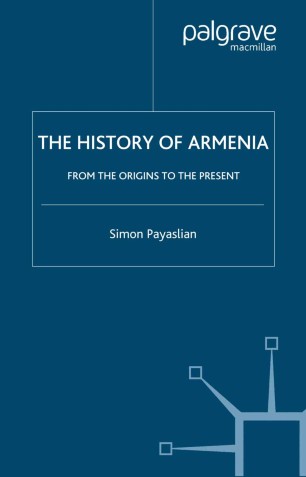 The History of Armenia

From the Origins to the Present

There is a great deal of interest in the history of Armenia since its renewed independence in the 1990s and the ongoing debate about the genocide - an interest that informs the strong desire of a new generation of Armenian Americans to learn more about their heritage and has led to greater solidarity in the community. By integrating themes such as war, geopolitics, and great leaders, with the less familiar cultural themes and personal stories, this book will appeal to general readers and travellers interested in the region.

"Professor Payaslian's exceptional text on the history of the Armenians brings new insights on the development of the Armenian nation in the first millennium B.C. to the present. His work with the pre-Armenian material is quite inclusive and he seems able to think through the enormous amount of random information we have on the pre-literate period, and make sense of it. His understanding of the following Persian period is exceptional and equal to his work in the modern period, which is his specialty." - John A. C. Greppin, Professor of Linguistics, Cleveland State University"From its genesis through the Genocide to the second independent republic, Armenia has experienced a history of conquest and near annihilation, fragmentation and dispersion, as well as moments of renaissance. Simon Payaslian has written a fluent synthesis of that disjointed, frequently tragic, often inspiring history. In this single volume he has brought together the best of recent scholarship with an enviable balance and clarity to illustrate how a people has survived in a most dangerous neighborhood for two and a half millennia." - Ronald Grigor Suny, Charles Tilly Collegiate Professor of Social and Political History, University of Michigan and Professor Emeritus of Political Science and History, University of Chicago