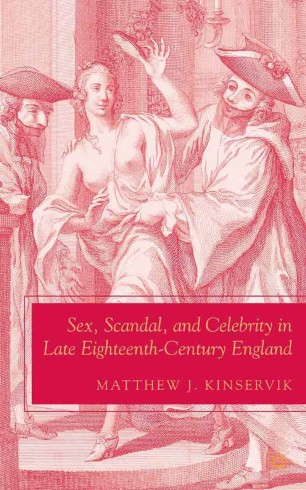 This book tells the story of the bitter feud between the Duchess of Kingston and the actor, Samuel Foote, which resulted in a pair of scandalous trials in London in the revolutionary year of 1776. Set against the backdrop of the American Revolution, the duchess's state trial for bigamy and Foote's criminal trial for attempted sodomy engrossed the attention of Londoners, including George III, Parliament, and the nobility. Sex, Scandal, and Celebrity offers specialists and general readers a meticulously researched and dramatic narrative that relates the fortunes and misfortunes of its protagonists and exposes the social and legal hypocrisies about love, sex, and marriage in the age of George III.