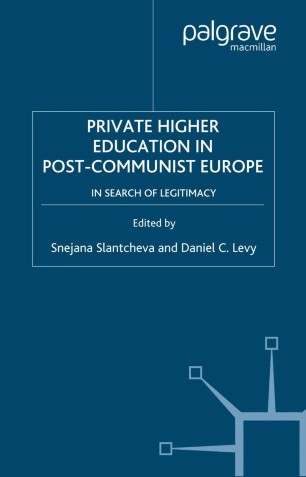 In Search of Legitimacy

Part of the Issues in Higher Education book series (IHIGHER)

An exploration of international privatization of higher education in post-communist Europe from two top scholars in the field. Levy and Slantcheva trace the ramifications of globalization in Central and Eastern Europe as well as in the former Soviet republics.

DANIEL LEVY is Distinguished Professor of Education, SUNY-Albany and Director of PROPHE (Program for Research on Private Higher Education). He is the author/editor of Mexico's Struggle for Democratic Development, Higher Education Policy in Latin America, and The Golden Age of University Assistance in the Americas.