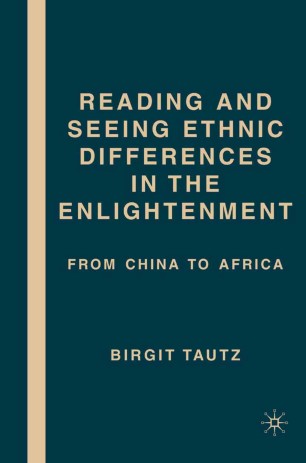 Reading and Seeing Ethnic Differences in the Enlightenment

From China to Africa

This book investigates the contested ways in which eighteenth-century German philosophers, scientists, poets, and dramatists perceived and represented China and Africa from 1680 to 1830. Tautz demonstrates in compelling ways that reading China allowed for the integration of cultural difference into Enlightenment universalism, whereas seeing Africa exposed irreducible differences that undermined any claims of universality. By working through the case of eighteenth-century Germany and Europe, the book adds an important cross-cultural and historical dimension to questions relevant to our world today.