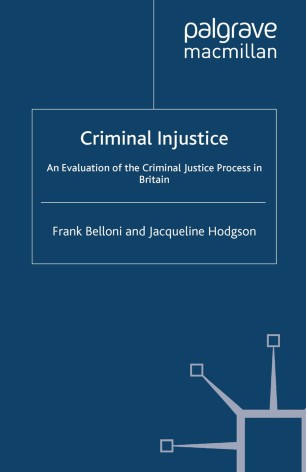 An Evaluation of the Criminal Justice Process in Britain

Beginning with an exploration of the awful miscarriages which prompted the establishment of the Royal Commission on Criminal Justice, the authors examine the role played by institutions and legal factors within the criminal process. Tracking the shift from due process rhetoric to the 'new penology' of efficient risk management of suspect populations, they assess the impact of recent reforms such as curtailment of the right to silence; the removal of the right to jury trial; and the appeal process itself.

JACQUELINE HODGSON was appointed Research Fellow at the University of Warwick in 1988 and took up the post of lecturer there in 1991. She is currently directing a project examining the investigations and prosecution of crime in France.