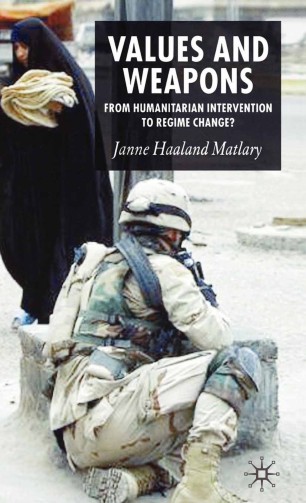 From Humanitarian Intervention to Regime Change?

Values and Weapons looks at the determinants of legitimacy for using military force in the US and Europe. Sovereignty has been redefined to be conditional on democratic government, and this makes it much easier to intervene into non-democratic states.

JANNE HAALAND MATLARY is Professor of International Politics in the Department of Political Science at the University of Oslo, Norway. She was Deputy Foreign Minister for Norway from 1997-2000. She has previously published two books with Palgrave Macmillan, Energy Policy in the European Union (1997) and Intervention for Human Rights in Europe (2002).