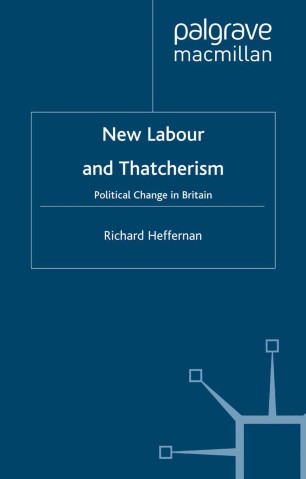 Labour's 1997 victory was widely credited to the party's reinvention of itself as New Labour. This book argues that the transformation of the Labour Party is best understood as the product of Thatcherism, and marks the emergence of a new consensus in British politics.

RICHARD HEFFERNAN is Lecturer in Government and Politics at The Open University in the UK, and has previously taught at the University of California, Los Angeles. He is co-author of Defeat from the Jaws of Victory: Inside Kinnock's Labour Party (1992) and co-editor of The Labour Party: a Centenary History (2000).