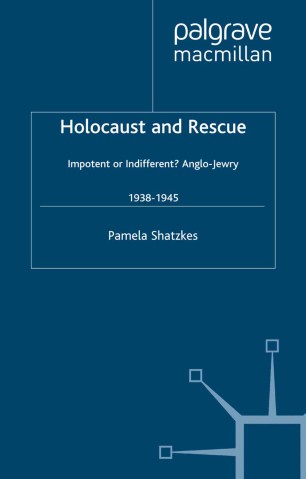 This book challenges the widely held view which condemns as weak and half-hearted Anglo-Jewish efforts on behalf of European Jews during the Nazi period. Anglo-Jewish organizations achieved remarkable successes in the pre-war years, combining their administrative expertise with the financial guarantee of maintenance to accomplish the rescue of over fifty thousand refugees. By tragic contrast, their lack of political and diplomatic experience during wartime rendered them almost entirely incapable of influencing an intransigent government engaged in global war to save Jewish lives.