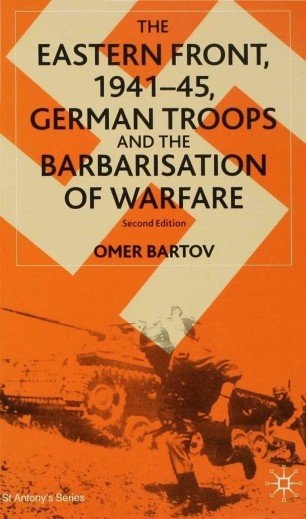 Based largely upon unpublished sources, Omer Bartov's study looks closely at the background of the German army on the Eastern Front during the Second World War. He describes the physical hardship, the discipline and morale at the front, and analyses the social, educational and political background of the junior officers who formed the backbone of the German army. Only with these factors in mind - together with the knowledge of the extent of National Socialist indoctrination - can we begin to explain the criminal activities of the German army in Russia and the extent of involvement of the army in the execution of Hitler's brutal policies.