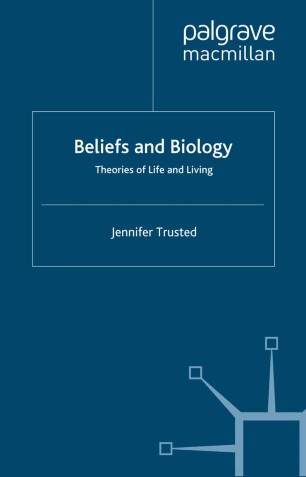 Theories of Life and Living

The purpose of this book is to show how the science of biology has been influenced by ethical, religious, social, cultural and philosophical beliefs as to the nature of life and our human place in the natural world. It follows that there are accounts of theories and investigations from those of Aristotle to research in molecular biology today. These have been selected to illustrate the theme and there is no intention to present a comprehensive history of biology. It is suggested that ethical beliefs in particular have a greater influence in biology than in other sciences, such as physics and chemistry, and this is because biology includes the study of ourselves and involves us in consideration of the value and purpose of life. Attitudes to non-human life are also coloured by ethical beliefs and though some philosophers, for example Descartes, thought that only human beings were capable of thought and feeling the general view has always been that animals were sentient. Our treatment of animals and our attitudes toward them have also been conditioned by religious views as to the position of humans in relation to the natural world.