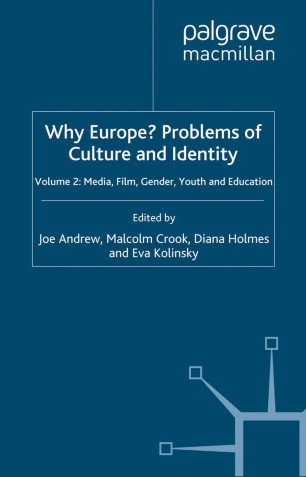 Why Europe? Problems of Culture and Identity

This volume, Why Europe? Problems of Culture and Identity: Media, Film, Gender, Youth and Education , addresses a range of issues which underlie the notions of European identity. Among them are: what does it mean to be a European? What ideologies have shaped the political debate over the last two centuries? What place will minorities find in the Europe of the twenty-first century? What roles will women play in the future communities? Will Europe become more open to diversity, or become increasingly introspective, a 'fortress Europe'?