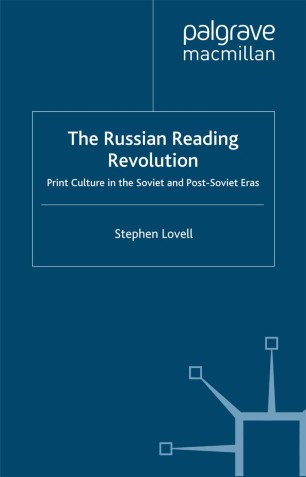 Print Culture in the Soviet and Post-Soviet Eras

Of all of Soviet cultural myths, none was more resilient than the belief that the USSR had the world's greatest readers. This book explains how the 'Russian reading myth' took hold in the 1920s and 1930s, how it was supported by a monopolistic and homogenizing system of book production and distribution, and how it was challenged in the post-Stalin era; first, by the latent expansion and differentiation of the reading public, and then, more dramatically, by the economic and cultural changes of the 1990s.