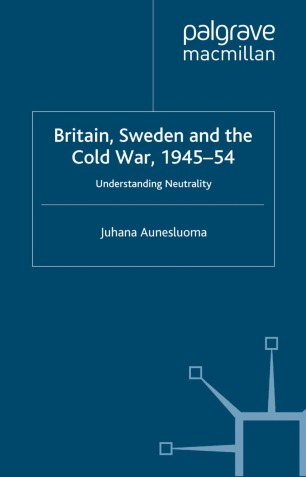 Juhana Aunesluoma considers the ways in which Scandinavia's, in particular neutral Sweden's, relationship was forged with the Western powers after the Second World War. He argues that during the early cold war Britain had a special role in Scandinavia and in the ways in which Western oriented neutrality became a part of the international system. New evidence is presented on British, American and Swedish foreign and defence policies regarding neutrality in the cold war.

JUHANA AUNESLUOMA is a lecturer in Contemporary History at the University of Helsinki in Finland.