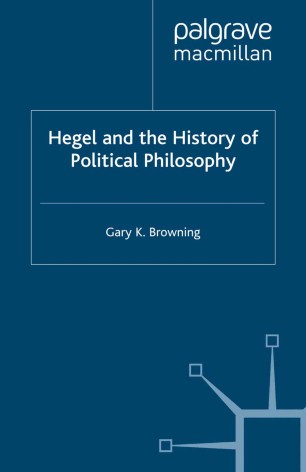 Hegel and the History of Political Philosophy

This book relates Hegel to preceding and succeeding political philosophers. The Hegelian notion of the interdependence of political philosophy and its history is demonstrated by the links established between Hegel and his predecessors and successors. Hegel's political theory is illuminated by essays showing its critical assimilation of Plato and Hobbes, and by studies reviewing subsequent critiques of its standpoint by Stirner, Marx and Collingwood. The relevance of Hegel to contemporary political philosophy is highlighted in essays which compare Hegel to Lyotard and Rawls.