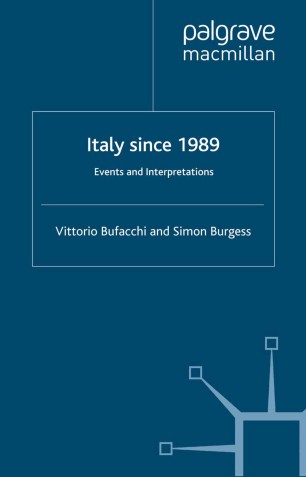 Italy Since 1989 provides the first in-depth, fully documented account in English of the extraordinary last eleven years in Italian politics. Bufacchi and Burgess take the transition to a new Italy as their point of departure, and conduct a guided tour through the massive changes that the country has recently undergone with the collapse of the party-state, attempting to explain as well as understand events along the way. The authors provide extensive coverage of the judicial uncovering of bribery and corruption, and the journey culminates in an entirely original examination of the general election of April 1996. This revised edition includes a fresh introductory chapter, bringing up to date the chronicle of events.