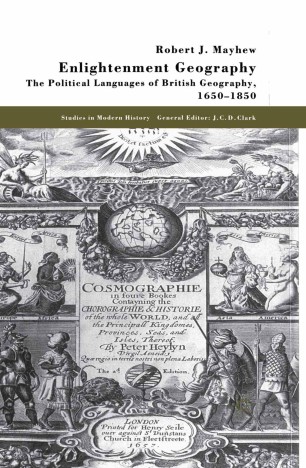 The Political Languages of British Geography, 1650–1850

Enlightenment Geography is the first detailed study of the politics of British geography books and of related forms of geographical knowledge in the period from 1650 to 1850. The definition and role of geography in a humanist structure of knowledge are examined and shown to tie it to political discourse. Geographical works are shown to have developed Whig and Tory defences of the English church and state, consonant with the conservatism of the English Enlightenment. These politicizations were questioned by those indebted to the Scottish Enlightenment. Enlightenment Geography questions broad assumptions about British intellectual history through a revisionist history of geography.