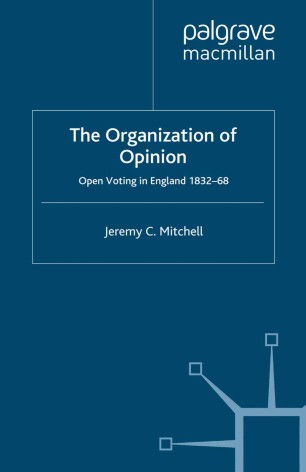 The Organization of Opinion

A new account of voting between the First and Second Reform Bills, outlining a new interpretation of electoral behaviour, and emphasizing the links between individual electors and their social context. It also explores the consequences of these ideas for local political organization, suffragism, and the development of the party system.