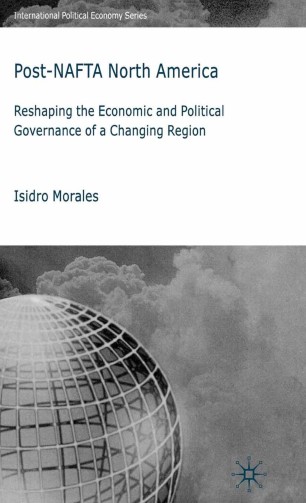 Reshaping the Economic and Political Governance of a Changing Region

The author argues that in the post-9/11 era, North America is evolving from a primarily economic space to a strategic 'securitized' one and that NAFTA has been used by the US as a regulatory framework for dealing with the pressures of globalization that have emerged in the post-Cold War era.

ISIDRO MORALES has been both professor and researcher in leading Mexican, American and European universities, including El Colegio de Mexico, the University of Denmark, the Watson Institute of Brown University, and the Center for North American Studies, American University, Washington DC. He was previously Dean of the School of Social Sciences at Universidad de las Americas-Puebla, Mexico. His research and writing focuses on integration and trade-related topics. He is currently Professor at Monterrey-Tech, Santa Fe campus, in Mexico City, Mexico.