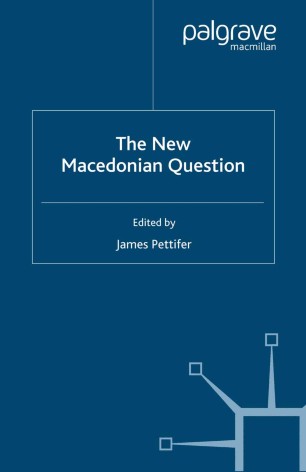 The Macedonian question has been at the heart of the Balkan crisis for most of the twentieth century. This important book is the first to bring together international experts to analyse the recent history of Macedonia since the break-up of Yugoslavia, and includes seminal analyses of key issues in ethnic relations, politics, and recent history. It is edited by James Pettifer, a British authority on the southern Balkans, and is likely to prove a landmark in its field.

JAMES PETTIFER is Visiting Professor, Institute of Balkan Studies, Thessaloniki, and Research Fellow, European Research Institute, University of Bath. He is a correspondent for The Times, reporting on the southern Balkans. His most recent books include The Turkish Labyrinth and Albania: from Anarchy to a Balkan Identity (with Miranda Vickers).