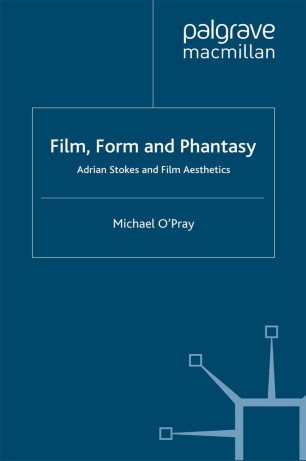 This book explores the ideas of the neglected English aesthetician and art historian, Adrian Stokes. Stokes's Kleinian-based concepts of carving and modelling are analysed in relation to film, arguing that they replace the traditional notions of realism and montage in film theory and provide a set of aesthetics which encompasses mainstream and 'art' cinema. This Kleinian psychoanalytic approach is offered to the films of Eisenstein, Rossellini, Hitchcock and others.

MICHAEL O'PRAY is Professor of Film at the School of Architecture, Art and Design at the University of East London. His previous books include Andy Warhol: Film Factory (editor, 1989), Inside the Pleasure Dome: The Films of Kenneth Anger (co-edited with Jayne Pilling,1990), The British Avant-Garde Film: 1926-1995: An Anthology of Writings (editor, 1996), Derek Jarman: Dreams of England (1996) and The Avant-Garde Film: Themes, Forms and Passions (2003).