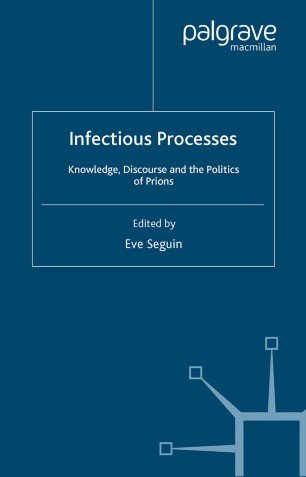 Knowledge, Discourse, and the Politics of Prions

Part of the Science, Technology and Medicine in Modern History book series (STMMH)

In recent years a number of scholars have analyzed the management of BSE, also known as 'mad cow disease'. The BSE crisis is regarded by many as an example of the failure of officials and politicians to handle risk situations. Yet, BSE is also characterized by a unique trait, that is, the infectious agent that causes it. Thus far, no one has paid attention to the fact that BSE and other transmissible spongiform encephalopathy's (TSEs) are allegedly caused by a novel agent - a prion - distinct from all other known infectious agents such as bacteria and viruses. The prion hypothesis was introduced by the American scientist Stanley Prusiner in 1982. It immediately created a controversy among scientists and is still rejected by some. Yet, despite this lack of consensus in the scientific community, Prusiner was awarded the Nobel Prize for medicine in 1997. This book analyzes the introduction, reception, development and consequences of the prion hypothesis. It shows that BSE is a unique case not only in virtue of its political mismanagement but also because its infectious agent has created a form of revolution in biology.