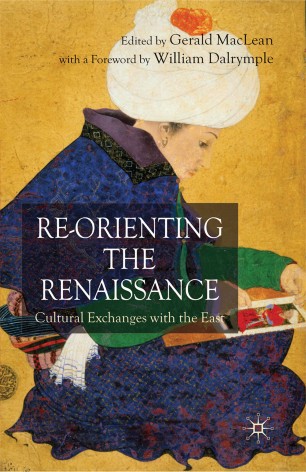 Cultural Exchanges with the East

This book explores how the Renaissance entailed a global exchange of goods, skills and ideas between East and West. In chapters ranging from Ottoman history to Venetian publishing, from portraits of St George to Arab philosophy, from cannibalism to diplomacy, the authors interrogate what all too often may seem to be settled certainties, such as the difference between East and West, the invariable conflict between Islam and Christianity, and the 'rebirth' of European civilization from roots in classical Greece and Imperial Rome.

'9/11 has made it a matter of urgency for scholars to rethink the history of the interactions between Christianity and Islam. The essays in this volume demonstrate that, in addition to the rediscovery of Antiquity, cultural and commercial exchanges between Islam and western Europe played a decisive role in the making of the Renaissance. In a series of carefully-researched and well-crafted chapters, the authors reveal an intricate world of artistic, economic, and intellectual exchange. In sum, Re-Orienting the Renaissance does just that: it gets the reader thinking in new ways about an ostensibly familiar subject, with particular attention to the history of the relationship of the Renaissance to the Islamic cultures of the period.' - John Jeffries Martin, Professor and Chair, Department of History, Trinity University, USA

'Scholars of the Renaissance period are already familiar with comparative analyses of Italy and Northern Europe. The East-West re-orientation proposed in this volume is a welcome, indeed overdue step. Its detailed case studies will undoubtedly stimulate deeper understanding of Ottoman history and help in assessing the complexity of the existing relationships between the Christian West and the Muslim East, still too dominated by cultural stereotypes.' - Alessandro Arcangeli, Associate Professor of Renaissance and Early Modern History, University of Verona, Italy

'This is a remarkable collaboration by lucid, expert, independent-minded scholars working towards a common theme. That theme - the East's contact with the West - is often misrepresented. In this book each of the writers re-presents that exchange - and gets it right. Re-orienting the Renaissance is a step-change in writing about history, literature and art. It works by resonance, with one essay carrying over into the next. There are no awkward transitions, no glitches. This is the way that complex and contentious subjects should be presented, in their many facets. And, together, they make up a single, coherent and compelling argument. This is a major work, extremely accessible on the multifarious connections between 'Islam' and 'Christendom'.' - Andrew Wheatcroft, Director, The Centre for Publishing Studies, University of Stirling, UK