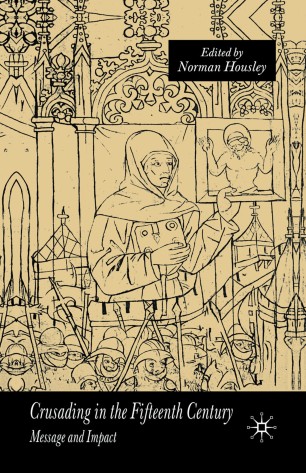 Crusading in the Fifteenth Century

This collection of essays by European and American scholars addresses the changing nature and appeal of crusading during the period which extended from the battle of Nicopolis in 1396 to the battle of Mohács in 1526. Contributors focus on two key aspects of the subject. One is developments in the crusading message and the language in which it was framed. These were brought about partly by the appearance of new enemies, above all the Ottoman Turks, and partly by shifting religious values and innovative currents of thought within Catholic Europe. The other aspect is the wide range of responses which the papacy's repeated calls to holy war encountered in a Christian community which was increasingly heterogeneous in character. This collection represents a substantial contribution to the study of the Later Crusades and of Renaissance Europe.