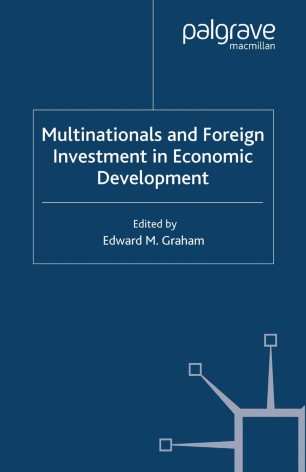 During the past twenty or so years, foreign direct investment (FDI) flows have increased at rates approaching the astounding, especially so during the 1990s. While much of the increase was due to unprecedented cross-border mergers and acquisitions among high-income countries, the amount of FDI flowing to developing nations also grew substantially. This volume examines the economics of this FDI to developing countries. Some chapters are theoretical in nature, others empirical, and still others are largely policy-oriented. Topics covered include whether FDI makes an autonomous contribution to growth in these nations and whether or not 'spillovers' are generated by this investments. Also covered are effects of policy intervention by governments on FDI flows and whether non-economic factors (e.g. cultural factors) might figure as determinants of location of FDI.