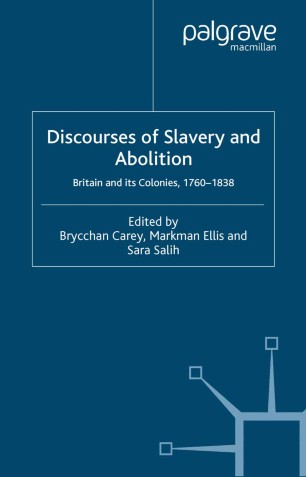 Discourses of Slavery and Abolition

Discourses of Slavery and Abolition brings together for the first time the most important strands of current thinking on the relationship between slavery and categories of writing, oratory and visual culture in the 'long' Eighteenth-century. The book begins by examining writing about slavery and race by both philosophers and by authors such as Aphra Behn. It considers self-representation in the works of Ignatius Sancho, Olaudah Equiano, James Williams and Mary Prince. The final section reads literary and cultural texts associated with the abolition movements of the Eighteenth and Nineteenth centuries, moving beyond traditional accounts of the documents of that movement to show the importance of religious writing, children's literature and the relationship between art and abolition.