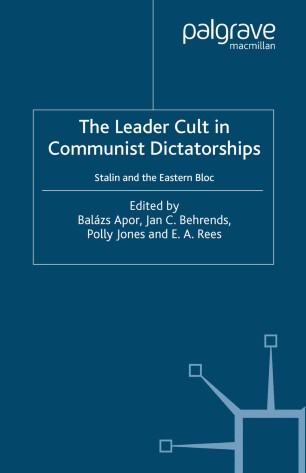 The Leader Cult in Communist Dictatorships

Stalin and the Eastern Bloc

The first book to analyze the distinct leader cults that flourished in the era of 'High Stalinism' as an integral part of the system of dictatorial rule in the Soviet Union and Eastern Europe. Fifteen studies explore the way in which these cults were established, their function and operation, their dissemination and reception, the place of the cults in art and literature, the exportation of the Stalin cult and its implantment in the communist states of Eastern Europe, and the impact which de-Stalinisation had on these cults.