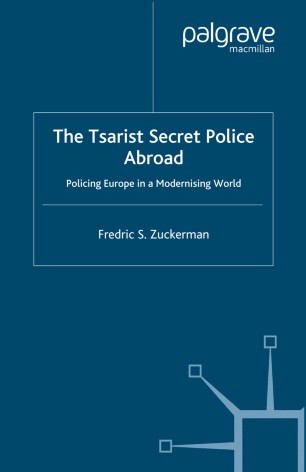 Policing Europe in a Modernising World

In 1883, the Russian police established the Foreign Agentura in Paris. The bureau's brief: to forewarn Tsardom of terrorist plans and, if possible, to defuse acts of terrorism against high personages by revolutionaries operating under European sanctuary. As the revolutionary emigration expanded, the Foreign Agentura reacted by spreading its tentacles across Europe and England. With the help of their European colleagues, the Tsar's agents tackled and drove back this terrorist force, proving themselves invaluable in the evolution of political policing.