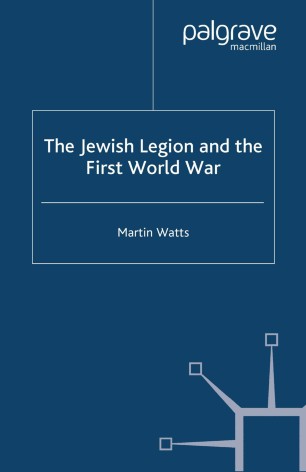 The Jewish Legion and the First World War

In the autumn of 1917, the British government established three batallions of infantry, for the reception of non-nationalized Russian Jews. Known colloquially as the Jewish Legion, the batallions served in Egypt and Palestine, before their eventual disbandment in the late spring of 1921. By drawing on the testimonies of over 600 veterans, this unique unit is analyzed from within its political and social context, thus providing fresh insights into Anglo-Jewish relations during the early twentieth century.