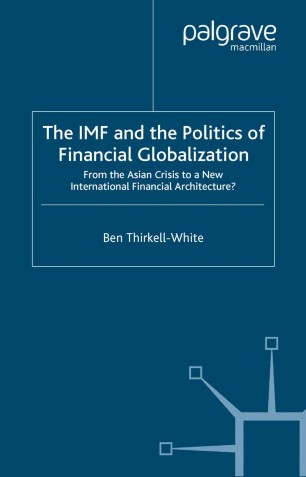 The IMF and the Politics of Financial Globalization: From the Asian Crisis to a New International Financial Architecture?

The Asian crisis triggered ongoing controversy over the IMF's role in a 'new international financial architecture'. This book argues for a political approach to crisis and reform, placing current debates in the context of the politics of financial regulation since Bretton Woods. It explores links between domestic political controversy over IMF policy in Indonesia, Korea, Malaysia and the United States and the broader politics of IMF decision-making. It argues that, unless political arrangements are reformed, the IMF will face further political challenges.