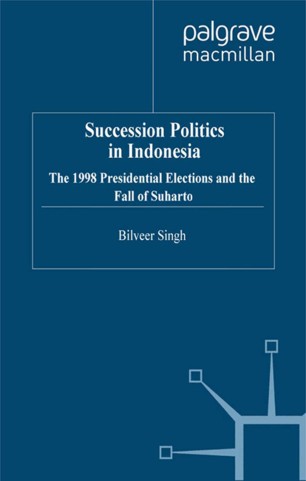 The 1998 Presidential Elections and the Fall of Suharto

How was a thirty-two year old authoritarian regime brought down and what augurs in its place? This book attempts to examine the background factors as well as the trigger that led to Suharto's resignation, amidst the power struggle that has been taking place in the opaque political world of Indonesia. Equally important, the ways in which the 'new' powerbrokers, with Suharto remaining influential in the background, have tried to adapt themselves to the new environment are also examined. Finally, the meaning of Suharto's resignation and what has changed and remained static are analysed.

DR BILVEER SINGH is Associate Professor at the Department of Political Science, National University of Singapore. A Singapore citizen, he received his masters and PhD in international relations from the Australian National University. Dr Singh has published widely on regional and international security and political affairs. He is a keen observer of Indonesian affairs and has written several books on Indonesia.