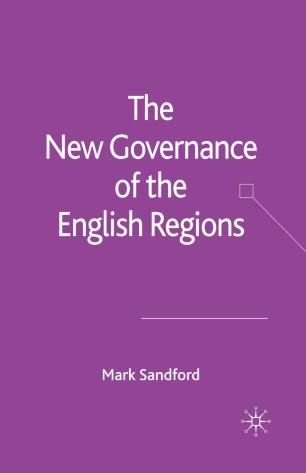 The New Governance of the English Regions

English regions appeared to have been killed off by the massive 'no' vote in the referendum in the North East on 4 November 2004. By contrast, this book analyzes the many institutions and networks established at the English regional tier since 1997. It argues that a new form of governance is developing in the English regions, characterized by processes rather than specific policy concerns: strategic co-ordination, scrutiny, and civic engagement.