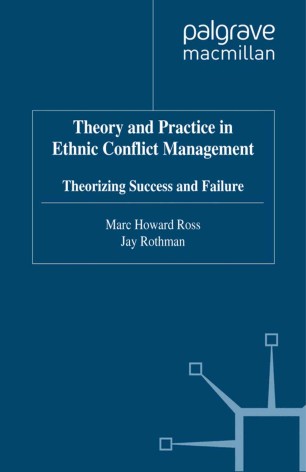 Throughout the world there are efforts both large and small to address ethnic conflicts-identity based disputes between groups who are unable to live side-by-side in the same state. This book brings together a collection of case studies on interventions in ethnic conflicts throughout the world in which the nature of the state is a core concern (Turkey, Russia, Macedonia, Guatemala, Israel, Cyprus, Northern Ireland, South Africa, US) and asks how the projects themselves understand success and failure in ethnic conflict resolution. It emphasises the complexity and importance of better understanding ways in which small-scale interventions can sometimes have a large impact on large-scale ethnic conflict, and how the goals of the intervenors shift as the participants redefine the identities and interest at stake.