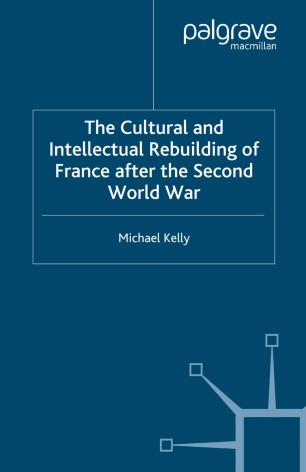 This book reveals how France reinvented itself in the aftermath of World War Two. After foreign military interventions, the French political and intellectual elites embraced regime change and launched an urgent programme of nation building. They rebuilt French national identity with whatever material was available, and created a vibrant new cultural and intellectual life. The cost to subordinated groups, however, especially women, still casts a long shadow over French values and attitudes. In this, perhaps, there are lessons and implications for other countries, struggling to rebuild themselves after conflict.

Michael Kelly is Professor of French in the Modern Languages Department, University of Southampton, UK. His research interests include French culture and society and public policy on languages. Mike is Director of the UK Subject Centre for Languages, Linguistics and Area Studies (Southampton), with a remit to support these subjects in higher education across the UK. His previous publications include The Cultural and Intellectual Rebuilding of France after the Second World War, The European Language Teacher (co-authored) and Setting the Agenda for Languages in Higher Education (co-edited).