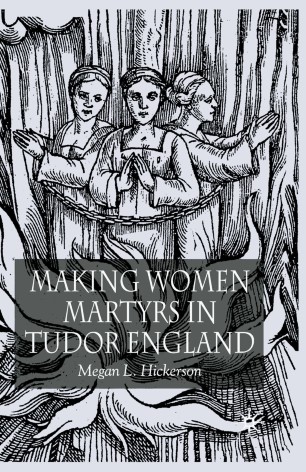 Making Women Martyrs in Tudor England examines the portrayal of Protestant women martyrs in Tudor martyrology, focusing mainly on John Foxe's Book of Martyrs . Foxe's women martyrs often defy not just ecclesiastically and politically powerful men; they often defy their husbands by chastising them, disobeying them, and even leaving them altogether. While by marrying his female martyrs to Christ Foxe mitigates their subversion of patriarchy, under his pen his heroic women challenge the foundations of social and political order, offering an accessible model for resistance to antichristian rule.