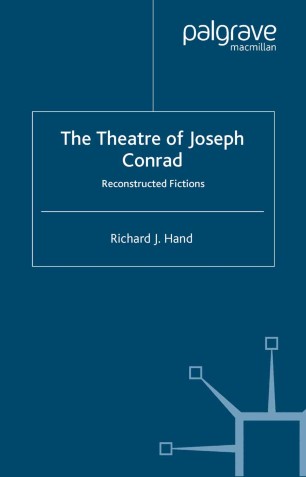 The Theatre of Joseph Conrad

Although the dramatic dimension to Joseph Conrad's fiction is frequently acknowledged, his own experiments in drama have traditionally been marginalized. However, in all of Conrad's plays we see a distinct effort to investigate seriously the dramatic form and some of his plays are startlingly ahead of their time. Furthermore, all of the plays are adaptations and comprise One Day More , based on Tomorrow , Laughing Anne , based on Because of the Dollars, Victory: A Drama and The Secret Agent . The creation of these reveals much about the history, theory and practice of this fascinating cultural process.

RICHARD J. HAND is Reader in Theatre and Media Drama at the University of Glamorgan, Wales, UK. His principal research interest is the theory and pratice of adaptation across a variety of media and genre with a special interest in the dramatization of Joseph Conrad's fiction.