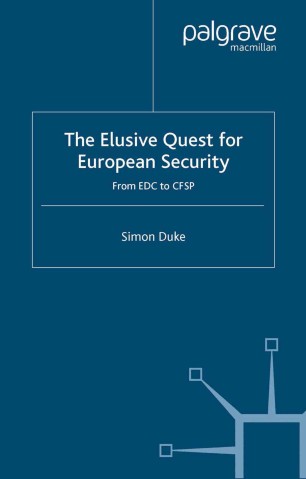 The Elusive Quest for European Security

From EDC to CFSP

The Elusive Quest for European Security provides a detailed overview of the various attempts to incorporate a security and defence role in the European integration process. Consideration is given to why these aspects of the integration process have proven so elusive and what progress has been made towards this goal. The assessment includes topics such as the enlargement of NATO, the EU's Amsterdam Treaty, and the role of the revived Western European Union, as well as the role of the main actors which includes Britain's bid for European leadership in defence, and the changing attitudes of administrations in Washington DC.