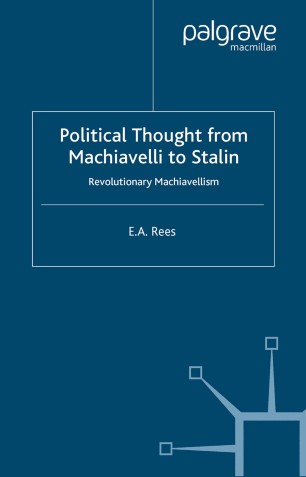 Political Thought from Machiavelli to Stalin

This is the first book in English to explore the relationship between Stalin's ideas and methods, and the practices advocated by Machiavelli and those associated with 'Machiavellian' politics. It advances the concept of 'revolutionary Machiavellism' as a way of understanding a particular strand of revolutionary thought from the Jacobins through to Leninism and Stalinism. By providing a wide-ranging survey of European political thought in the Nineteenth - and early Twentieth-century, E. A. Rees locates the Bolshevik tradition within the wider European tradition.