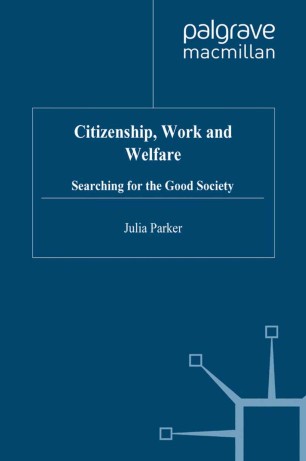 Searching for the Good Society

Citizenship, Work and Welfare analyses changing definitions of citizenship, particularly in relation to work, in 19th and 20th-century Britain. It traces the debates about the responsibilities of government and the entitlements and obligations of individuals that developed in response to the social and economic problems of industrialization. It shows how conceptions of the rights of citizenship have moved beyond basic necessities to the idea of 'inclusion' - the ability to take part in normal social activities. The book closes with a discussion of the difficulties of honouring citizenship entitlements at the end of the 20th century in a society with rising expectations, persistent unemployment and an ageing population.

Julia Parker is Lecturer in Social Administration at the University of Oxford.