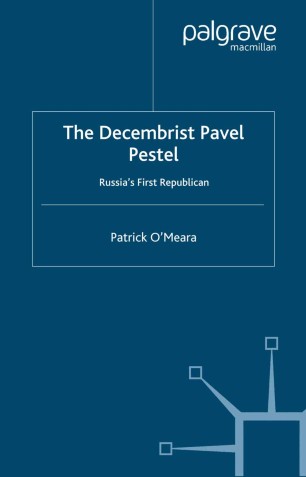 Pavel Pestel (1793-1826) was the key figure in the Decembrist's Southern Society and author of Russian Justice , Russia's first republican manifesto. He was executed in St. Petersburg for his leading role in the 1825 conspiracy against Tsarist autocracy. This first comprehensive study of Pestel fills a major gap in the literature on nineteenth-century Russia. Focusing on his highly original manifesto, the book analyzes his ideological contribution to the Russian revolutionary movement, and re-appraises his controversial role in the Decembrist secret societies.