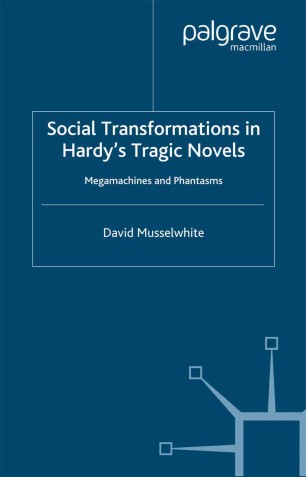 Drawing on the theoretical work of Deleuze and Guattari and that of Jean Laplanche - particularly his major and as yet still relatively unfamiliar notion of the phantasme - Social Formation in Hardy's Major Novels is an original and groundbreaking rereading of Hardy's four major tragic novels. The readings are sophisticated and yet accessible. The theoretical work is complemented by the use of new and hitherto unregarded major empirical findings that reveal the very heart of Hardy's creative universe.

DAVID MUSSELWHITE is Senior Lecturer in Literature at the University of Essex, UK. He is responsible for courses on Literary Theory, Latin American Literature, the European Enlightenment and the English Novel. He has published work in all four areas and his book on the English Novel (Partings Welded Together) was published in 1987.