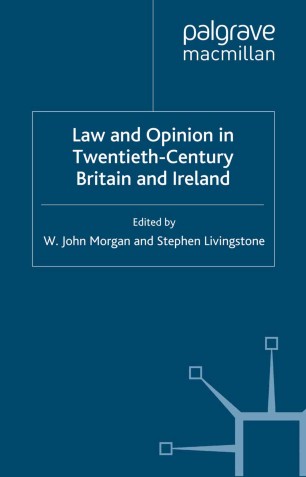 Law and Opinion in Twentieth-Century Britain and Ireland

Law and Opinion in Twentieth Century Britain and Ireland covers four main themes: Law and the State; Culture and Identity; Public Morality and the Citizen; The Death of the English Constitution; each theme being analyzed through two essays authored by leading British and Irish academics. The book provides a substantial and readable analysis of the relationship between law and opinion in Britain and Ireland, with a special focus on the question of culture, identity and the state.