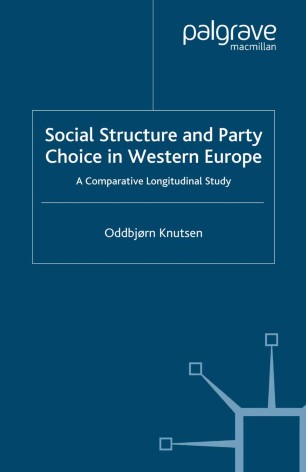 This study is a comparative analysis of the relationship between social structure and party choice in eight West European countries. Oddbjørn Knutsen analyzes the comparative strength of social structural variables, and how these have changed from the early 1970s to the late 1990s. Other factors that are considered include for which parties the structural variables have the largest impact within the various party systems and across national contexts, and for which parties are the most significant change in support from various social groups found.

ODDBJØRN KNUTSEN is Professor of Political Science at the University of Oslo, Norway. His research interests are in the field of comparative politics, with special interests in Western Europe, political sociology, electoral behaviour, value orientations and ideology, and methodology and statistics. He has published several comparative articles in international journals on value change, value orientations and party choice, political cleavages and political ideology.