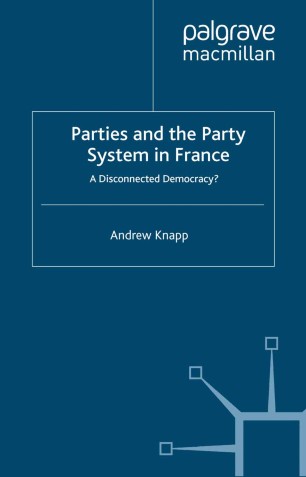 Parties and the Party System in France

The French elections of 2002 broke all records for fragmentation, abstention and far-right protest voting, yet returned incumbent President Chirac in triumph and gave him a solid basis of parliamentary support. Parties and the Party System in France seeks to explain the paradox of France's current relationship to politics through a comprehensive analysis of French political parties and their interaction over the last fifty years, set against the two contexts of French history and of contemporary theories of parties and party systems.