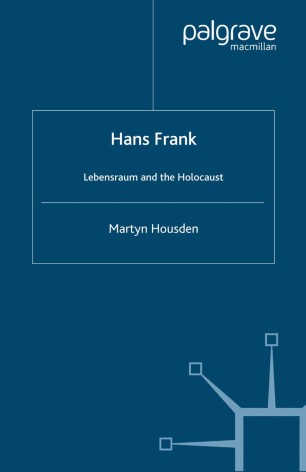 Lebensraum and the Holocaust

The conquest of Lebensraum - living space - in Eastern Europe was the whole point of the Third Reich. This study investigates a key participant in the criminal project - Hans Frank - and how he tried to establish his corner of Hitler's racial empire. It reveals the different kinds of genocide perpetrated by the Nazis and explores the way in which the Führer's minions had to compete for a place in his apocalyptic system.

MARTYN HOUSDEN teaches History and Criminology at the University of Bradford. His other books include Renaissance and Conformity in the Third Reich and Hitler: Study of a Revolutionary?